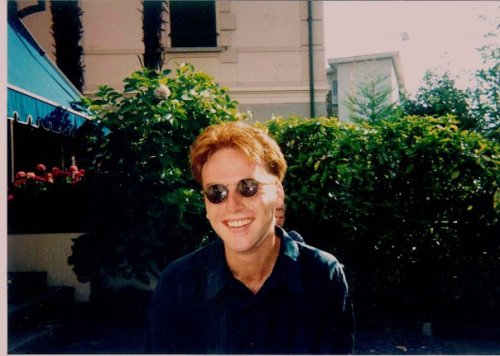 Like everyone else, I was shocked when I received the news. For the rest of the day, I read and re-read the news report, in the remote hope that my refreshing the page would bring in an April Fools’ Day prank but that did not happen… This is how I remember Wouter:

The first time I contacted Wouter was in 2005 when the Asian Film Archive oganised a retrospective of Penek Ratanaruang. He emailed back, generously gave his blessings and waived the screening fees for our use.

Three years later, we met for the first time at the Berlin Panorama party. We connected instantly and he knew of our work well. He loved films and understood the importance of film preservation. He arranged to meet me again the next day for drinks and offerred to help in any way he could. He immediately blackberried his close friend, Sandra, to connect us. Sandra worked with him at the Rotterdam International Film Festival and then directed the Netherlands Filmmuseum. We spoke more; I told him what challenges we faced and how we intended to overcome them; he gave suggestions on possible funding and how I can always rely on Fortissimo for help. He then invited me to dine at a Chinese restaurant with his colleagues and friends. Before he left for Hong Kong, we met up again for lunch. He asked about my jury duties and my recommendations of films he should look out for. I passed him a pile of DVD screeners from Singapore filmmakers and he promised to look at them. In my years of speaking to people about our film archive work, I never found a more enthusiastic and generous supporter. Despite his busy schedule, he always had time for people who loved cinema, and especially his friends. Later, I would hear similiar stories recounted by others how they were helped by Wouter very early on in their career.

The last we met was in Hong Kong. On the stage of the Asian Film Awards, he was jumping with joy that Tokyo Sonata, a film Fortissimo produced, won the Best Film. At the post-awards party, he gave me big hug and could hardly contain his excitement. We arranged to meet again at the Filmart to discuss some film projects. In between parties, we caught up again and he was visibly exhausted but always happy to be around friends. A few days lafter at his office, I gave some updates on the Asian Film Archive. I brought his favourite kuei lapis from Singapore. During our meeting, he gladly accepted an invitation to come on board as an international advisor, and introduced Esther, his colleague, to be in the loop of it and be of assistance. Later that night, we met at the awards party. Lorna, his ‘wife’ came along and they huddled lovingly. Raymond joined in soon after. And that’s the last I saw of Wouter: caring, laughing, kind, giving and loving.

You’ll be missed dearly. My biggest hug to Wouter, the gentleman with a big heart for cinema and his beloved friends.