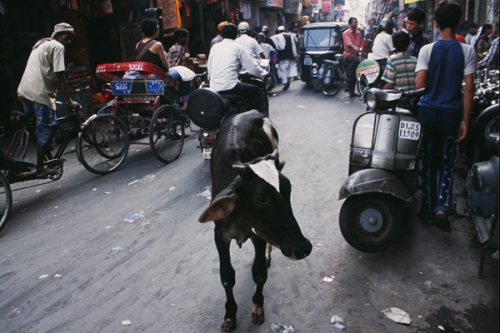 I missed the big cows wanderng along the streets of Paharganj, a seedy backpackers’ haunt beside the railway station. Not only do you have to watch out for the drug peddlers, you got to be careful of the many cow dung traps. New Delhi, India, 2004 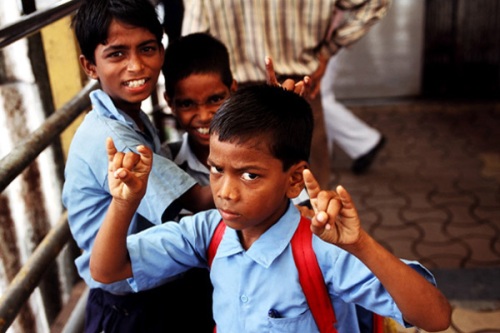 These kids insisted that I took a picture of them before they let me go: Mumbai, India, 2004 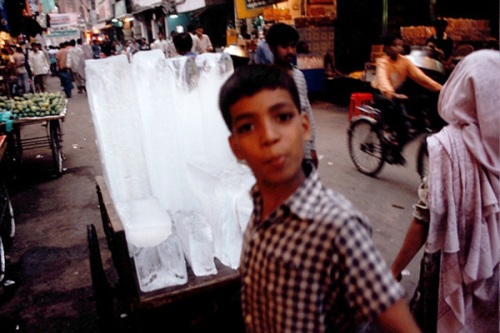 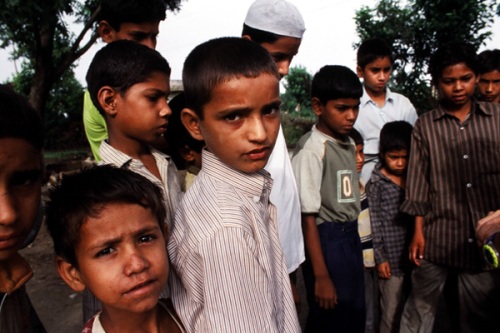 A Muslim village in northen India. I was told there are more Muslims in India than the whole of Pakistan. Dehradun, India, 2004. 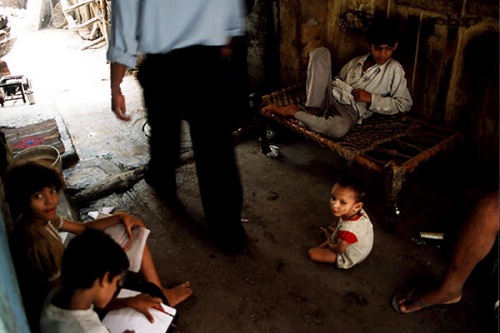 I ventured into the back alleys of Paharganj and came across these kids drawing designs of henna on books. They did not ask me for money. New Delhi, India, 2004. 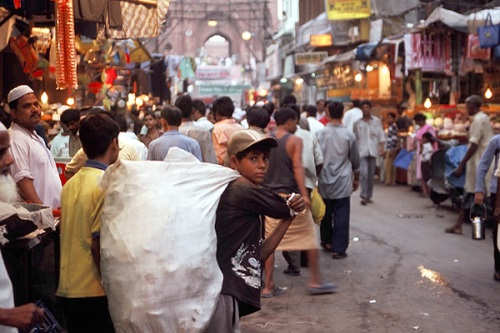 It pained me to see a boy this young going around picking rubbish cans. Yet I was also glad at least he was earning his honest keep. I wondered what went through his mind when he looked at me like that. Old Delhi, India, 2004. 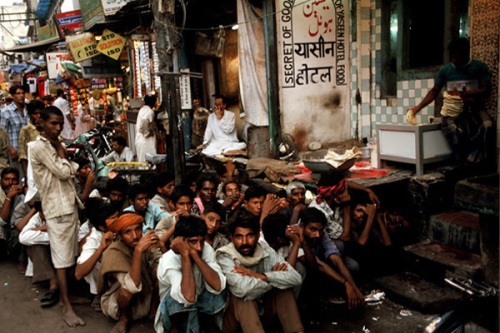 Beggars waiting for leftovers in front of restaurants near the Jama Masjid. I think there’s more than hunger in their eyes. Old Delhi, India, 2004. 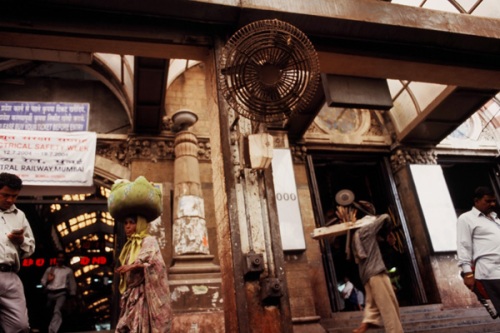 The Chatrapati Shivaji Terminus was built by the British in the 1800s to awe the Indians into respect and submission. Mumbai, India, 2004. 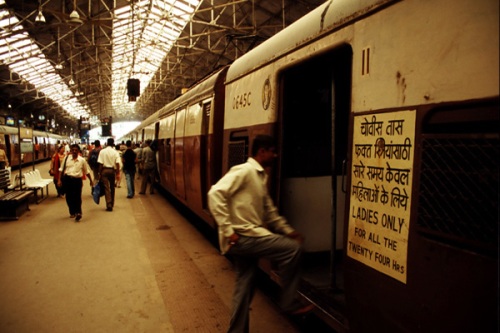 The trains in Mumbai are usually packed. These are carriages meant for ladies only to protect them from being squeezed indecently, especially during peak hours. Mumbai, India, 2004. 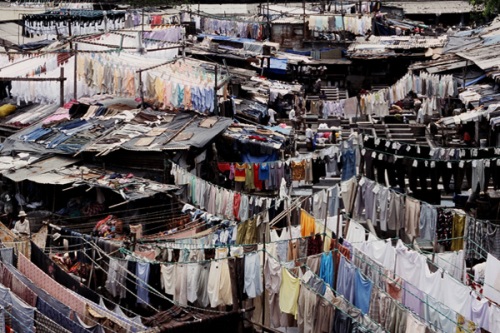 Dhobi Wallahs are famed for their efficiency and perfection in sorting out loads of laundry. At the Mahalaxmi Dhobi Ghat, some 5000 men beat the dirt out of thousands of kilograms of soiled clothes each day. Mumbai, India, 2004. 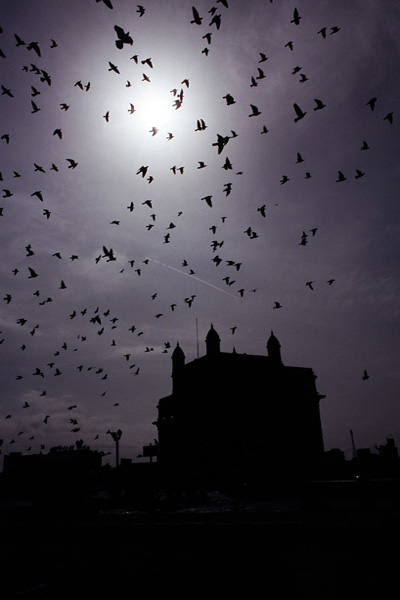 The Gateway of India is said to mark where King George V landed in 1911. It faces the Mumbai Harbour at the tip of Apollo Bunder in Colaba. Mumbai, India, 2004. 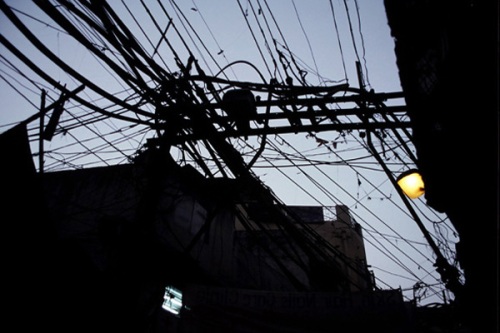 Isn’t it amazing how light comes out of such haywires? Old Delhi, India, 2004. 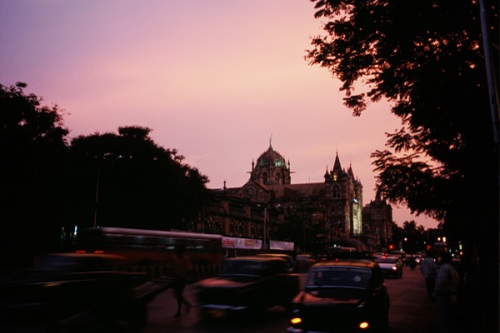 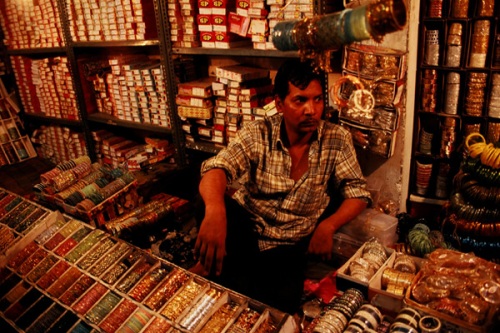 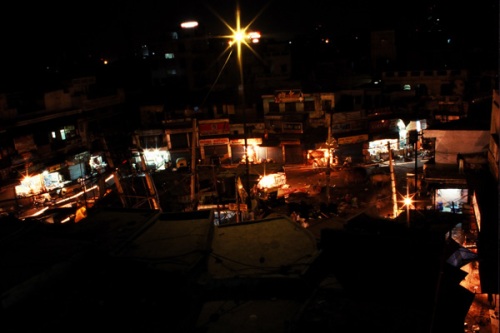 I stayed in the Penthouse of my backpackers’ hostel for 150 rupees a night. It was dirt cheap because though it was a room with a great view, there was no lift up the 4th floor. I liked climbing onto the rooftop to talk to the stars at night. Especially during power failures like this night when the lights went off in the city. And the fan stopped too. New Delhi, India, 2004.